Back from vacation, and I’m figuring out what’s next in the Tomb Room. I’ve finished three projects: two pieces submitted to local juried shows, and one commission. Commission work is the most fun because I get to tell a story. In this case, it’s more of an idea, just one word, 5 feet long: ‘Disbelief’. We should all suspend disbelief now and then.

So what’s next? I’m starting fresh on two series of work. These aren’t custom works that tell a story; they’re forms that interest me and might interest other people. A colleague suggested sloths. I hadn’t realized that sloths are having a moment – sure, everyone likes whales and owls and elephants, but sloths? Suddenly they’re the most popular Deadly Sin ever. Perhaps the sloth is your spirit animal! I like the upside-down-ness of the composition.

The challenge here is to plan efficient production of the rough form. I’m drilling holes first, then I’ll cut the shape out. The drill press has a drop of only 2 1/2 inches so I drilled the longitudinal holes by hand with a power drill.

The wood is a Tilia subspecies, what Americans call basswood when it’s lumber and linden when it’s a tree. Basswood is the best wood for hand carving, hands down. It’s soft, it’s consistent, it doesn’t split, it takes color. This wood is farmed and kiln-dried, but Tilia americana seeds itself in Metuchen, often growing with multiple trunks. Hybrids are planted as street trees and bear the sad name of Tilia x vulgaris. 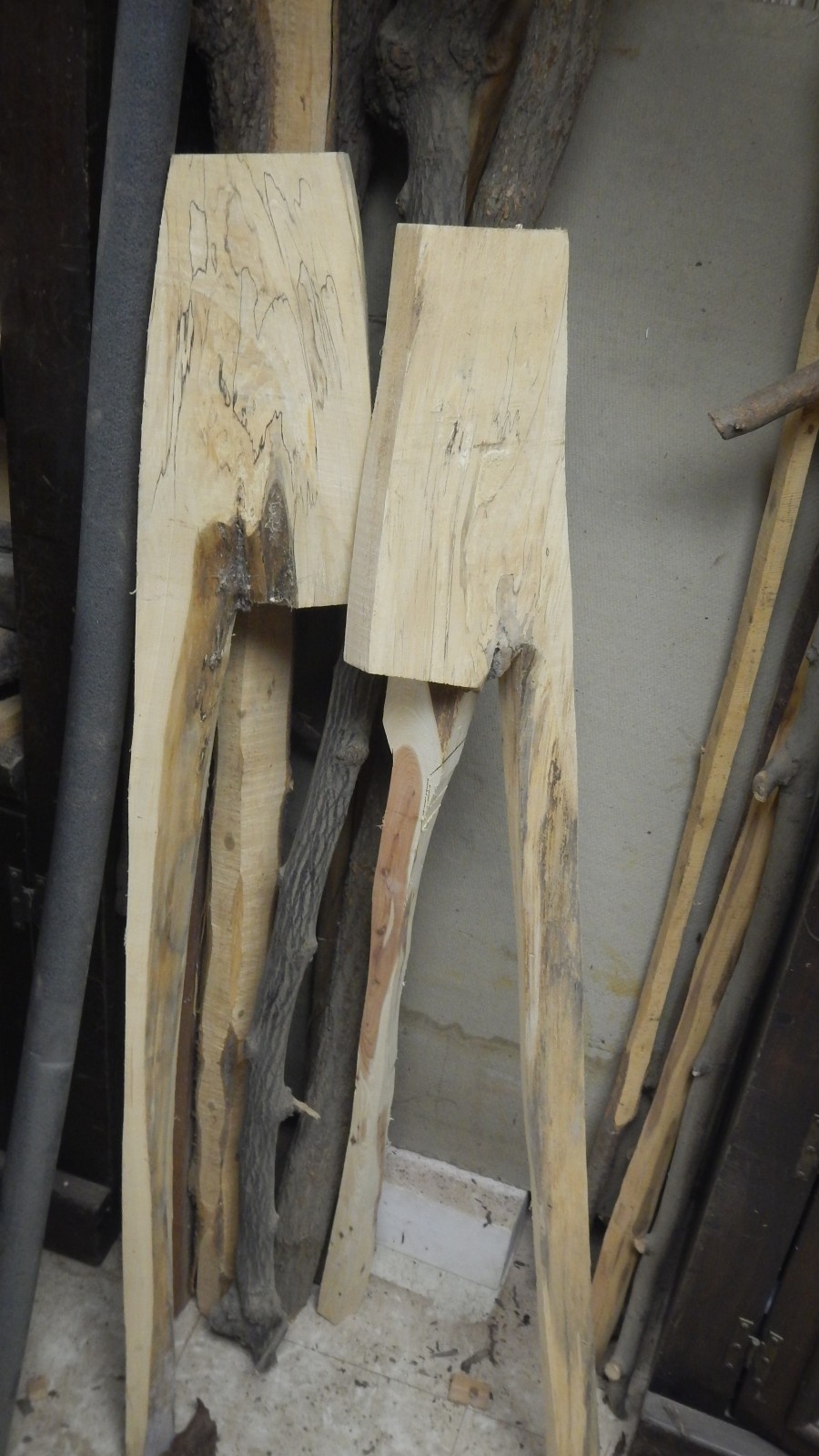 Compare the commercial wood to Tilia from down the block, on Hillside Avenue. A tree is aging, and huge pieces broke off a few years ago. You can see the ‘spalting’ where fungi have stained the wood. I use a dust collector so I don’t inhale fungal spores. I’ve rough-cut a big branch into two chunks that could be customized walking sticks, and I’ll be telling someone’s story again. But for now… sloths.

View all posts by sondrafliteartworks